There are bio security or quarantine zones located within each of the states and territories of Australia. This is something so unusual for European people, because we are not used to be controlled at the borders inside of one country,

and this policy is very strict in Australia… especially during touristic seasons, when the traffic is bigger between different zones, all travelers need to adjust to the quarantine.

That’s how we ended up with a basket of fruits and vegetables that we tried to offer to somebody on the road, just a few kilometers behind the border between Victoria and South Australia. But we only gave an apple to a cyclist and then had to throw everything else away into a big container situated at transitory zone.

Why Australia is being so strict about this law?

Because a one fly coming from outside of the local biodiversity could potentially destroy a multi-million dollar fruit export industry that is so important to the survival of regional communities!

Once you pass the border towards west, you must recognize that the presence of animals is more important in SA then in VIC region. That’s where I first met a koala bears in liberty, first one appeared on the road and we had to pay attention to not to hurt him by the car.. the second one didn’t want to let me sleep and was purring and growling all night long just above my tent..!

But what I will remember the most about South Australia, from this first time trip, would be all the pretty beaches that you find here without any problem!

Starting with Cape Bridgwaters, situated just at the border, elected as one of the prettiest bays in South Australia 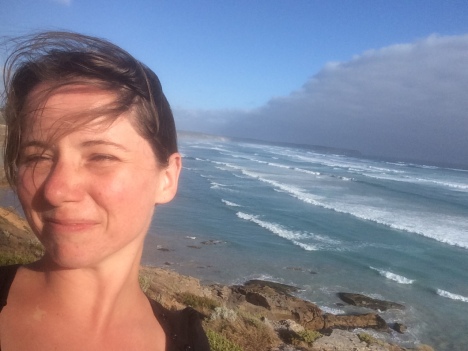 and passing by the beautiful coast around Port Macdonnel.

but then I went to the Kangaroo island, just before passing by Cape Jervis, where we arrived directly with the car and got ourselves some new Emu friends!